For just 25 cents, you can join me and make even more of a difference…

We are currently helping over 600 dogs to start living again. Their journey to recovery starts with giving them a nutritious meal – almost always their first in a very long time.

The meal costs around 25 cents. That’s because our animal shelter is in my home town of Galati, an industrial port on the River Danube in Romania – and Australian dollars go a very, very long way.

A chance encounter with a single stray started me down this route: 17 years ago, in a park in Galati I spotted a dog acting strangely. When I reached him I was horrified to see his fur was matted with blood and he was writhing in agony.

Walking on just wasn’t an option for me; I had to do something. Trying not to panic, I managed to flag down a car and get him to a vet who did what he could but didn’t hold out much hope. He thought the dog had been used for fighting and was abandoned to take his chances on the streets after losing. The poor creature was very seriously ill.

I wasn’t going to give up and neither was my new friend. I took him home with me and gently nursed him back to be as well as he could be. I called him Printz. We had four fantastic years together. Then one day in 2002, Printz died suddenly. The legacy of his terrible past had caught up with him.

I felt awful… I felt helpless. But whenever Printz had looked into my eyes, I could see the difference I had made to his life. After I lost him, I just knew I had to at least try to give a second chance to as many other dogs going through such terrible times as I could.

Wouldn’t it be wonderful, I thought, if there was a shelter which could provide a true refuge to dogs – and perhaps other animals – when they had nowhere to think of as home? Somewhere they could get a meal, sleep safely, and enjoy some human kindness.

There are cities in Australia that have more animal shelters than exist in the whole of Romania. And lot of the Romanian ‘shelters’ are in reality squalid doggy prison camps run for profit, where dogs are so hungry they have been known to try to eat each other.

And the scale of the problem was daunting. In Romania currently there are an estimated 2.5 million stray dogs, and around 20,000 in Galati alone.

Every year an estimated 6,000 puppies are born on the streets of our country.How was I going to realise my dream? I called in favors from animal-loving friends and contacts all over the world to help start raising funds.And so ROLDA, the Romanian League in Defense of Animals, was born. It became a registered charity in Australia in 2014 following USA, Norway, Switzerland, Sweden and – I’m very pleased to say – Romania.

With the generosity of true animal lovers around the world, we have expanded to a refuge that is currently home to some 650 dogs.

Of every dollar we raise, minimum 92 cents is spent directly on the welfare of the dogs in our care. We provide much-needed employment for some local people who live with the dogs and we also provide very basic accommodation for volunteers and vets from around the world who give up their holidays to help care for our strays.

To date, we have changed the lives of more than 7,000 dogs. But there is still so much to do.

Eventually, we hope to:

The generosity of animal lovers around the world makes a real impression with the authorities and businesses in Romania. If we can prove that our Australian friends and others can support the welfare of hundreds more dogs, we may well be given the land to build more shelters.

None of this would be happening if I hadn’t rescued one dog, that German Shepherd cross I named Prinz. There are still thousands of others out there living rough – damaged, beaten or just ignored – but every bit as deserving of human kindness. We have to do everything in our power to change the lives of dogs like Faraon too. 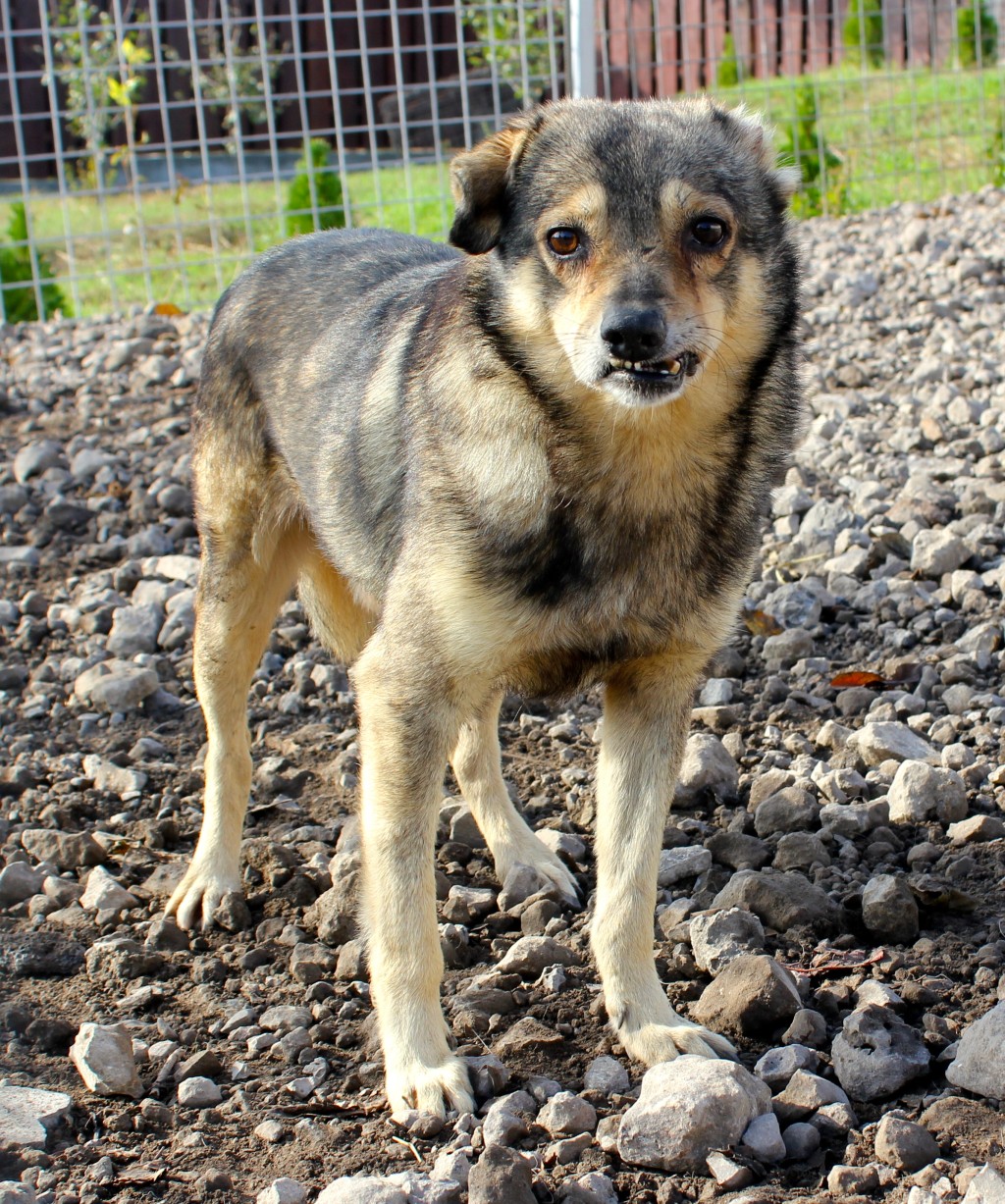 photo: Meet Faraon, one of the oldest dogs from our shelter.

Thank you for taking the trouble to read this far – and for whatever gift you can spare. You can be certain that your kind support will have a huge impact in my country.

With respect and hope,
Dana

P.S. Not one of the dogs we have helped or saved has ever said, “Thank you.” But I can speak from experience that when you look into their eyes, you will know that they are forever grateful for your compassion.

Kick the tin for a good cause!

They have no one but you to rely on.

Will you help them live safely?

By continuing to browse or by clicking "Accept Cookies" you agree to the storing of cookies on your browser (1st or 3rd parties) for statistical and marketing purposes. We use these cookies to analyze and improve your user experience and assist in our marketing efforts.

When you visit any web site, it may store or retrieve information on your browser, mostly in the form of cookies. This information might be about you, your preferences or your device and is mostly used to make the site work as you expect it to. The information does not usually directly identify you, but it can give you a more personalised web experience.

Because we respect your right to privacy, you can choose not to allow some types of cookies. Click on the different category headings to find out more and change our default settings. However, blocking some types of cookies may impact your experience of the site and the services we are able to offer.

These cookies are necessary for the website to function and cannot be switched off in our systems. They are usually only set in response to actions made by you which amount to a request for services, such as setting your privacy preferences, logging in or filling in forms.

You can set your browser to block or alert you about these cookies, but some parts of the site will not then work. These cookies do not store any personally identifiable information.

These are the types of cookies that are necessary in order to be authenticated to our website. You cannot authenticate without agreeing to store these cookies. You can set these later on.

These cookies allow us to count visits and traffic sources so we can measure and improve the performance of our site. They help us to know which pages are the most and least popular and see how visitors move around the site.

All information these cookies collect is aggregated and therefore anonymous. If you do not allow these cookies we will not know when you have visited our site, and will not be able to monitor its performance.

These cookies may be set through our site by our advertising partners. They may be used by those companies to build a profile of your interests and show you relevant adverts on other sites.

They do not store directly personal information, but are based on uniquely identifying your browser and internet device. If you do not allow these cookies, you will experience less targeted advertising.

An HTTP cookie (also called web cookie, Internet cookie, browser cookie, or simply cookie) is a small piece of data sent from a website and stored on the user's computer by the user's web browser while the user is browsing. Cookies were designed to be a reliable mechanism for websites to remember stateful information (such as items added in the shopping cart in an online store) or to record the user's browsing activity (including clicking particular buttons, logging in, or recording which pages were visited in the past). They can also be used to remember arbitrary pieces of information that the user previously entered into form fields such as names, addresses, passwords, and credit card numbers.